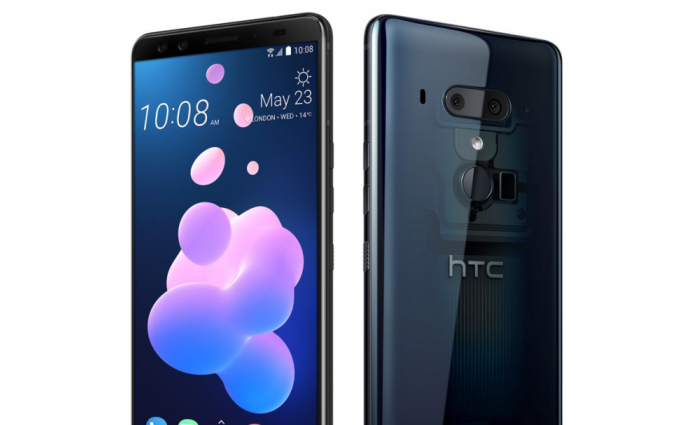 The latest high-end smartphone from HTC has just arrived and it seems that abandoning current trends was on the minds, of high-ranking HTC operatives, during production of this phone. HTC’s latest offering is the HTC U12+ which comes with a tall 18:9 display, a dual camera with 2X zoom and with no headphone jack. Hey wait, all these are very much current trends, so what was that first sentence all about? Well you see there is no top-of-the-screen notch on the HTC U12+.

The U12+ happens to be the first modern-day global flagship from HTC equipped with a dual camera, and this time it’s a proper one. HTC pioneered but did not get successful with the HTC One (M8) and its depth-only secondary camera. But this time around HTC is trying its best to catch up.

Building on top of the already excellent U11 12MP main camera, the U12+ adds an extra 16MP telephoto module for 2X zoom and the all-important faux bokeh feature. Not content with its trailing dual-camera position, HTC has tried to overtake other phone camera big names and has fitted a pair of cameras on the front of the phone as well, mainly two 8MP ones.

Under the hood the HTC U12+ runs on Qualcomm’s Snapdragon 845 with 6GB of RAM and at least 64GB of expandable storage. What’s odd is that the battery capacity has been reduced. The battery is now 3,500mAh as compared to 3,930mAh on the former HTC U11+. 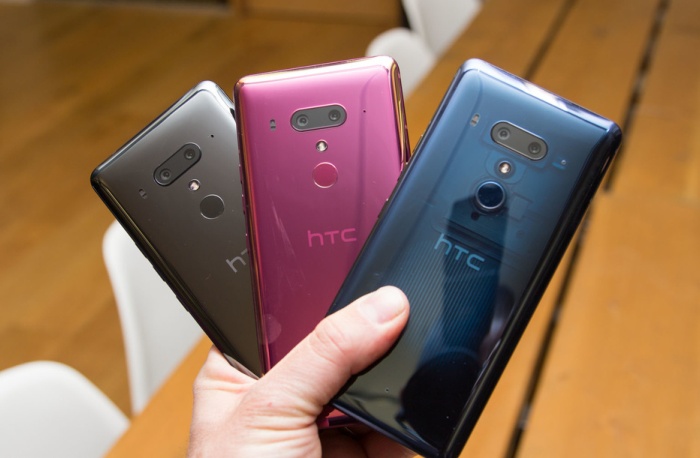 HTC U12+ Colors and Body

The most prominent feature of the phone is its transparent rear panel (Finally someone’s done it). Although the transparent effect is available with only one of the phone’s colors but it’s eye-catching nonetheless.

Other colors are available too with HTC’s special ‘Liquid Surface’ finish. Although the finish is prone, to gathering permanent fingerprints.

Compared to the otherwise attractive Samsung Galaxy S9+, the mirror back of the HTC U12+ takes away all the limelight and looks far superior in design compared to the Galaxy. 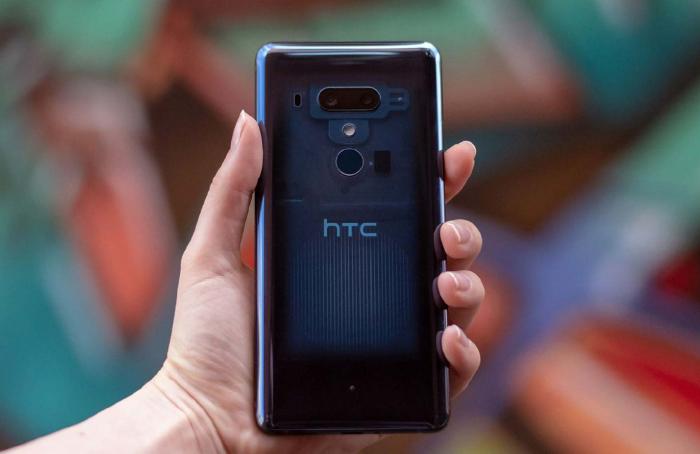 HTC pioneered multiple cameras some 4 years ago, but the U12+ is the first global flagship from the company with a true dual camera setup. The main camera on the previous HTC One (M8) was paired with a depth sensing secondary module.

The U12+ features a proper 12MP primary camera, same as from last year but with an f/1.75 aperture and right next to this, there’s an extra 16MP telephoto camera featuring an f/2.6 aperture lens.

There are quite a lot of bits and pieces scattered on the rear of the phone and may not appeal to all users. The dual LED flash is placed below the camera assembly. The laser autofocus emitter and receiver are placed to the left with a mic on the right side of the cameras. The fingerprint reader is further below the cameras. And there is even an extra mic placed all the way down on the rear panel.

The front of the phone however is much cleaner. As mentioned before there is no notch. Also there are no logos. Even rounded corners are missing and the phone is just a vast rectangular 18:9 QHD + Super LCD 6 panel. The always-on display feature is also available with a clock and all the usual notifications.

The marginally smaller forehead of the phone still accommodates two front-facing cameras. The two are the same without any telephoto sensor or ultra wide sensor. So capturing a selfie with large groups of friends or scenery might not be possible. The earpiece of the phone doubles as one of the two onboard speakers.

The headphone jack is not present in the HTC U12+ but there are noise-cancelling USonic buds that come bundled with the phone, right out of the box.

A USB-C to 3.5mm adapter is included for connecting legacy wired headphones. There is also a second mic on the bottom, as well as the primary speaker of the BoomSound pair. The fourth and final mic is the only thing on the top edge of the phone.

The power and volume buttons are on the right side of the phone. These buttons are not your traditional clickable buttons instead these are pressure sensitive buttons and the phone reacts to the press with a buzz of the vibration motor. Perhaps the most notable feature of the U12+’s buttons is the fact that they don’t introduce structural weaknesses to the phone thus no buttons means no holes and no bending.

Besides the buttons the whole device is in fact pressure sensitive and you can squeeze it to make it perform. The feature is called Edge Sense 2.0, the feature differentiates between a quick press and long press, and double tapping either edge will trigger a one-handed mode with the interface shrunk towards that side of the phone.

Coming to the orientation modes of the phone; if you’re holding the phone in portrait and you’re touching both edges, the interface won’t go into landscape if you lie down and rotate the phone. You do not need to switch between the auto-rotate on and off when in bed. Also, if for example you’re using Google Maps and navigating your way around a city, the U12+ won’t go into standby while you’re holding it. All these settings are of course, optional and can be switched off.

Although the HTC U12+ is by no means radically different from the HTC U11+ but major changes were never expected. The missing notch is a welcome change for most users. With dual cameras both on the front and back, the new model is well equipped to fight the phone camera competition. Lastly, the edge squeeze features can actually be useful.

Mpc.com.pk shall continue to bring to its users more news and updates, as they roll in. Stay tuned for more!