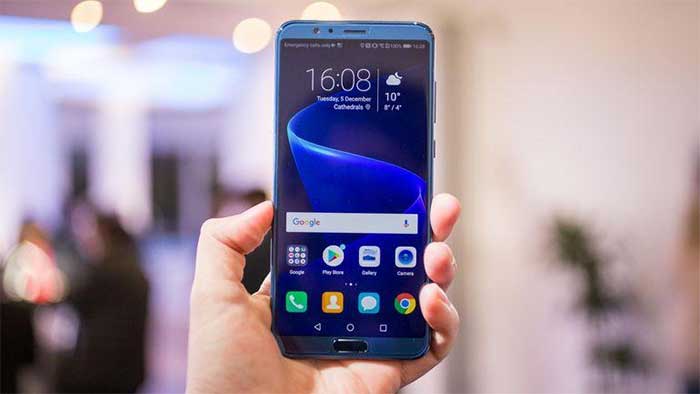 The sub-brand of Huawei namely Honor is best known for releasing the budget-friendly smartphones for users across the world. Most of the phones released by Honor over the last few years have actually been less than $500 in price. One clear example in this regard is the Honor 7X, which got fame for its decent performance, solid build, and marvelous $200 price tag. Honor View 10 now takes the center stage with its high-end specs including the notch on top edge of its display, while the price tag is still $500. This is going to be the most affordable smartphone when it is competed with the other high-end smartphones, which are priced around $1000. Still, does it have the same worth or not? Let’s find that out!

When it comes to design, Honor View 10 will not be much different from that of previously released Honor 7X. This does not mean that it is a bad thing, and that too when you see View 10 in a premium metal construction featuring beautiful edges. But with the relatively larger difference in price, we might crave for something more. Apart from the menial differences, e.g. position of antenna lines and position of fingerprint sensor below the screen display, Huawei Honor View 10 is all-in-all similar in looks to the Honor 7X. However, we did note an important difference that Honor View 10 has got a package in the form of IR blaster in it, along with which the headphone jack is also given. On the whole, the design will not excite you much as you would have seen it already in the form of Honor 7X more or less. Still, we are quite satisfied with the overall look and feeling of Honor View 10.

Theoretically, the Huawei Honor View 10 has a display which is also similar in looks to that of Honor 7X as well as Mate 10 Pro. The more specific similarity is the 6-inch display featuring 2160 x 1080 pixels FullView IPS LCD display featuring 18:9 aspect ratio. In comparison to that of Honor 7X, this smartphone will give you some considerable improvements, such as the better viewing angles, color reproduction, and brightness output, yet you will not be getting the OLED display that was featured in Mate 10 Pro, which was unarguably more glowing and eye-catching.

Huawei Honor View 10 will also be getting similar treatment as that of Huawei Mate 10 Pro with regard to the overall interface and functionality. The former will have Emotional UI 8.0 Experience running on top of the Android 8.0 Oreo. For those who are well versed with Android will not find anything difference in this UI also. As a matter of fact, since this UI will be packaged with different apps of Huawei Honor, hence it is possible that sometimes you will be getting notifications from those apps that will be quite obtrusive and overbearing for you.

Moreover, Huawei Honor has touted the feature of artificial intelligence in its new Honor View 10 the most. It will have AI-facial unlock, AI-photography, AI-powered camera and AI-motion detection. But still we are not convinced that all of these features are basically and essentially driven by AI. Though this AI capability will sensibly scan your face for unlocking the device and will also improve the photo quality depending upon the different scenes, still when you are entirely thinking of the AI, you would be thinking about a phone, which will be able to learn from your habits and would also adapt to them, such as one drives in a particular route on daily basis. Honor might show off its AI’s ability of deep learning with the neural-networking processing unit, still we did not see that coming as effectively as it boasted of it to be.

Good thing is that Honor View 10 is going to have some serious firepower under the hood. As a matter of fact, it will be powered by octa-core Kirin 970 chipset manufactured by Huawei, which is the same SoC that was used in Huawei Mate 10 Pro. Furthermore, this will be accompanied by 6GB of RAM as well as Mali-G72 MP12 GPU, which will be helpful in delivering the similar great, impressive and solid performance results just like that of Mate 10 Pro.

Though, it may still not be able to show the same level of grouchiness as was found in case of phones such as iPhone X or Google Pixel 2 XL, but the user will not find any major complaints about the overall performance of this phone. Apart from that, this phone will come with 128GB of internal storage, which will also be expanded through microSD card slot.

Dual cameras have become the new normal these days. Therefore, it would not be surprising to find the dual camera system on the back of this phone. The dual camera setup has a breakdown in the form of 20MP monochrome sensor and 16MP RGB sensor, which will allow the user to apply the bokeh effects in an intelligent manner. However, the dual camera in Honor View 10 will not have the OSI and Leica attachment, which was featured in Mate 10 Pro. The camera in it will also be reaching to the aperture of only f/1.8, which was f/1.6 in case of Mate 10 Pro.

As far as the camera interface is concerned, it will be similar as was found in the recently released Huawei and Honor smartphones. We will have different shooting modes in our disposal in Honor View 10 just like in the case of Mate 10 Pro. Moreover, Honor View 10 will rely on the AI for detecting the object we are shooting for improving the photos in an appropriate manner. The users will also be surprised by the latest artist mode that will be applied to the neato real-time effects to the photos one is taking or has in the gallery.

As a matter of fact, not all the dual cameras are same, as even the two phones manufactured by the same company cannot be the same. This is evident from the look of Honor View 10, which is able to produce more detailed and sharp images in comparison to the Honor 7X, while it still gives the Mate 10 Pro a good run for its money too. In case of the low light scenes, the photos will be coming out in a considerably softer manner with regard to muting and tone. It will not be helpful especially when the focus is struggling in few times and especially when it is on OIS.

Similarly, when you are taking the portrait shots through front camera, this phone will come out as a bit aggressively especially with the bokeh effect along the edges, and that is because we seldom find our hand hair to be a bit blurry. The dual cameras on the back end are actually capable of doing a great job in terms of separating the objects from the background, but still we did not find the effects to be perfect.

More so, the Huawei Honor View 10 will be able to shoot 4K videos just like that of Huawei Mate 10 Pro. This phone will be able to produce the usable footages when there is enough light. You will find the details to be quite sufficient, but you will also see some artifacting to be noticeable, especially when you are quickly planning from the darker areas to the enough light ones, or vice versa. Moreover, since this camera is not good in OIS, hence it will not be possible to shoot the videos without any sort of evident jittery shakes or movements.

The battery capacity in case of Huawei Honor View 10 will lie somewhere between Mate 10 Pro and Honor 7X. The Honor View 10 will come with 3750mAh battery capacity, which will be able to achieve the normal usage of one day. In most of the cases, we experienced that the remaining battery was 40% by the evening, which means it would still be able to last till the whole night before it gets charged. Still, it will be recommended that you charge it on the night so that you get fully charged phone the next day. Moreover, for full charge from 0 to 100%, Honor View 10 will need exactly 129 minutes, which is a lengthy time by modern standards however. But with the given capacity, it would still be appropriate.

In case of Honor View 10, you will find the voice to be pretty sharp on both the ends of the phone line. Particularly, the main focus will be on the speaker when the caller speaks up, as it will be able to enhance the voice, and on the other end it will get silent as soon as the speaker stop speaking. The experience in this regard will be good. Similarly, as soon as you switch to the speakerphone, you will get the same amazing results along with sufficient volume.

Without a doubt, Huawei Honor View 10 will be considered a flagship phone, which will not cost as much as a flagship phone costs in the modern-day period. Huawei Honor View 10 price in Pakistan is Rs. 51,000. This reasonable price does validate that Honor View 10 will definitely be a flagship phone spec-wise, but it would be just like a upper mid-range phone as far as the price is concerned. Honor View 10 might not be able to match the other high-end phones such as that of Mate 10 Pro in terms of camera performance, but it would still be regarded as the most affordable option for many. Simultaneously, it might still look like that of Honor 7X, which is priced less than Rs. 25,000, but the former will be much more superior vis-à-vis specs and technical standpoints. In conclusion, Honor View 10 would definitely a good job for you by removing the gaps between two phones, i.e. Honor 7X and Mate 10 Pro, and it will definitely provide the users the more reasonable choice as their next phone.