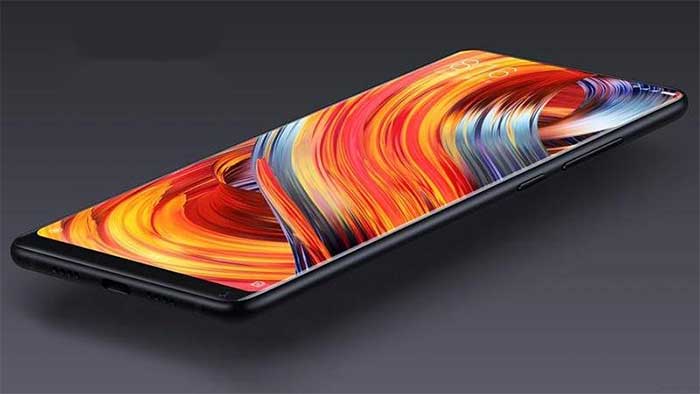 Back in 2016, Xiaomi, a Chinese manufacturing company, released a smartphone that led to the eruption of an all-screen mobile phone, the craze of which we are experiencing in the current period. This device was known as Xiaomi Mi Mix. This was a huge phablet, which stood out with all its glory, featuring 6.4-inch screen and the ceramic plate on the back. However, it was unfortunately out of reach for anyone living outside of China.

Fortunately, Xiaomi then released another smartphone that grabbed the attention of everyone, and which was basically a follow-up to the previous Mi Mix. It was Xiaomi Mi Mix 2, which came with most of the features possessed by its predecessor. However, Mi Mix 2 turned out to be more compact vis-à-vis its ability to feature the global LTE support. This is unarguably one of the most exotic smartphones that you would see in the modern period. But not so fast, before you aim to get the knack of it, let’s review Mi Mix 2 in full detail and see how it competes with its rivals.

The Xiaomi Mi Mix 2 design does not seem to be more futuristic as compared to the previous Mi Mix. The main reason for this is that every company is currently on the course of making large all-screen phones, but still that does not mean that everyone would not be pleased to see this device in the first instance.

However, this time, Xiaomi has made a relatively smaller screen, i.e. 6-inc display, which also makes the Mi Mix 2 more compact as compared to the previous phone. Moreover, this display will seem like running off the edge on 3 ends, while it will look like a thicker chin on the bottom edge.

The front camera, which is 5MP, is positioned on the upper right corner, which appears to be the main con from design perspective. Moreover, the black plate of the phone is made with ceramic material, which is famous for its scratch-resistant quality and is more beautiful than the glass material used in other phones. It is also good for fingerprint sensing and is also not easy to crack. Furthermore, the main camera is 12MP, which has dual-LED flash, and is positions on the center on the upper half of the phone’s rear side. Below this camera is the fingerprint sensor, which means that there will be less chance for users to smudge the lens instead of the button. Another plausible thing is that the digit reader in it is quite reliable and fast.

Similarly, there is aluminum frame, which is carried between the back and front side of the phone. It keeps the speaker and type-C USB port, which are positioned on the bottom side of the phone, and on which the volume rocker as well as power key are also situated on the right end. The SIM tray will be on left side. Unfortunately, there will not be 3.5mm headphone jack in Mi Mix 2. Still, you will find the adapter that will be present within retail box.

6-inch LCD display is one of the defining features in Xiaomi Mi Mix 2. The display has 2160 x 1080 pixels resolution, and the aspect ratio is 18:9. This may not sound as a fancy Quad HD panel, but still the pixel density is 402ppi, which is able to provide very sharp-looking and nice graphics.

On the whole, the impression is that this display will be sufficiently bright and will also be accurate vis-à-vis color representation. Moreover, the color temperature is also quite close to the ideal range of 6,500K, where as the maximum brightness level is about 517 nits. On the other end, the maximum brightness is 1 nit, which means that the retinas will not be burned when you are using the phone in darker environment.

Xiaomi Mi Mix 2 will come with custom MIUI 8.5 made by Xiaomi, which will be running over Android 7.1.1. The phone by default comes with Chinese language installed on the software, so you might need to switch it to the English language by downloading from Google Play. This may be because the device is primarily made for the Chinese audience which is why there is Chinese language when the phone is booted for the first time. However, it is possible that in the global versions of the phone there might not be this case.

This is also known that there is a striking similarity between iOS and MIUI, and the latter’s latest version is also in a bloatware form. Good thing is that now you will be able to delete the apps you don’t want, but still it will be another thing that you will have to do before you might enjoy the phone.

When it comes to performance, Mi Mix 2 will be quite fast. The Qualcomm Snapdragon 835 will be the best chipset to open any sort of game or app for you, while 6GB RAM will also complement it. You will also find the UI to be quite stutter-free when using it, though there might be a few software slowdowns when you are using. About internal storage, this phone will have three variants, i.e. 64GB, 128GB and 256GB. However, the phone will not give an option for expandable storage through microSD card slot.

On the rear, Xiaomi Mi Mix 2 will come with 12MP camera with F2.0 main sensor, which will be complimented by the dual-LED flash. It was alarming for us not to see the dual camera in this phone, as the other flagship namely Mi 6 as well as even the mid-range phone Mi A1 had featured dual camera system on the back, which also allowed for the bokeh effects. Still, the rear camera will be able to take photos in a decent way in case of proper lightening, but the performance in the low-light areas will be not great as expected. In such situation, HDR mode would be a bit helpful though.

As for the camera app, it will come with many different features. You will see all the essential traits in it, e.g. Pro mode, HDR mode, different filters, panorama, etc. What would bother you however is that you will have to enable the HDR mode manually, and that lead to delay when taking shots.

Lastly, the front camera is not much special as one could imagine, as it is only 5MP. However, its position is not quite good either. You will most likely be disappointed with Xiaomi Mi Mix 2 if you take the regular selfies. Owing to the top bezel being miniscule, the position of the camera is on the bottom right corner of the phone. Most of the shots taken from this camera will actually be taken from a very strange angle, as the focus will only be on the shoulders and chin. The camera app also suggest turning the phone upside down as well as switching the orientation in accordance, still the design flaw will be visible here. In order to make things even worse, many third-party apps are also not compatible with this arrangement of the camera.

There will be many ups and downs while recording the video in Mi Mix 2. The default mode for video capture will be Full HD, where as the 4K videos can also be made at 30fps. Moreover, the optical image stabilization will be helpful in shakiness reduction. Similarly, autofocus is faster, but it would not be great always. Still, the saddest thing is found in the audio quality, as when you play the clips, you will find that the sound is pretty distorted and weird.

In case of the media consumption, Xiaomi Mi Mix 2 will give a mixture of different tastes. Since there is no headphone jack, it would mean that you will either have to use the wireless headphone, or you will need to carry with yourself an adapter that comes within the retail box. The company does not normally provide the earbuds, but since this is supposed to be the flagship phone, hence Xiaomi provided the earbuds as well. The single speaker on the bottom edge of the phone will be enough for doing good job, but other Xiaomi’s mid-range phones also do the better job so that did not impress us. Visually, things look better, as we will have a larger display, which is also very bright as well as well-calibrated, and which will help us watching the videos as well as playing the games with more excitement.

Mi Mix 2 will be featuring a regular phone speaker, which will be placed just above side of the phone’s display. This is really a great engineering work, as the phone’s top bezel is quite small. We experienced the sound quality to be decent, and voice in phone calls was quite clear. The voice in the other side of the line was also quite clear.

A quite unique feature of Xiaomi Mi Mix 2 was that it will be supporting up to 43 wireless bands in addition to the CDMA ones. This would mean that this phone will definitely provide the global LTE support. Theoretically, even when the Xiaomi Mi Mix 2 is not sold in your country through official channels, still you will be able to import it, as it will be compatible with your local network. In Pakistan also, it will be dearly compatible with all the telco companies.

Moreover, the hybrid SIM tray will also let you use two SIM cards simultaneously. However, there would not be any slot for microSD card. Other connectivity options are also there, e.g. NFC, Bluetooth 5.0, latest Wi-Fi standards, and GPS etc.

Xiaomi Mi Mix 2 is going to feature 3,400mAh battery, which will however be smaller than 4,400mAh battery capacity included in the previous Mi Mix. Still, our custom battery test showed that the battery time was decent in this phone, i.e. 9 hours and 5 minutes. Our experience shows that you will spend quite a busy day using this phone, as battery would not be as disappointing as you might think.

On the whole, Xiaomi Mi Mix 2 will prove to be quite unconventional as well as exotic smartphone. In case of this phone, Xiaomi has focused the most on its design, even though it has made a few sacrifices on the camera aspect.

So, if you really want to impress the people with your phone choice, Xiaomi Mi Mix 2 will definitely be the best choice for that matter. Still, it will be recommended only when you are well able to handle the MIUI and are a tech-savvy person. Additional thing for consideration is that the support coverage will be limited or negligible, which depends upon which area you are living.

Those who want to buy this phone should know that Xiaomi Mi Mix 2 price in Pakistan is just Rs. 54,000. This will not be served as the hefty price tag for such state-of-the-art phone, and we see that Xiaomi has done a great job in competition to the all-screen mobile phones released over the last year.

The main alternative to Mi Mix 2 is Samsung Galaxy S8 Plus, which also has a very good design, water resistance, better camera features, microSD slot and even the headphone jack. However, S8 Plus does not have better battery life, but its difference is not much as you could see. Check out the comparison between these two phones here.

Another alternative option is that of LG G6, which however uses the older version of Snapdragon chipset, and which is also not quite different in terms of the price. Hence, all in all, it seems that Xiaomi Mi Mix 2 must be the best choice for everyone vis-à-vis great specifications as well as the price.