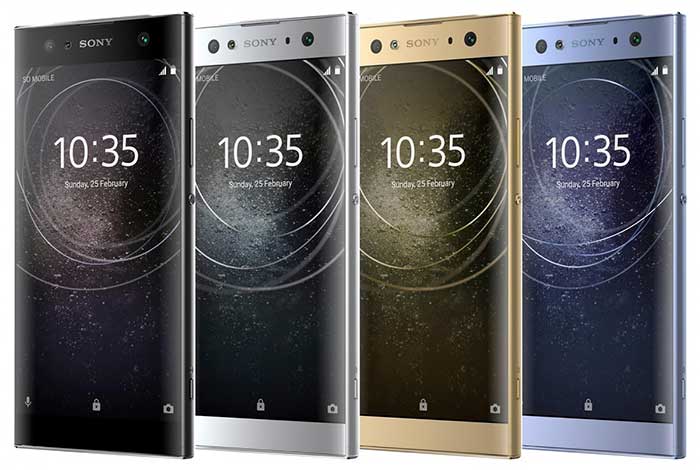 When it comes to sales, Sony has not been much successful like other competitors such as Apple and Samsung. However, one segment in which Sony has greater potential to prosper is the mid-range smartphones. In this regard, Sony Xperia XA2 and Xperia XA2 Ultra are two mid-range smartphones through which Sony can dearly target the customers. Both are the firsts in Xperia series to have fingerprint sensors. So, how will Sony Xperia XA2 and Xperia XA2 ultra will chip in the company’s sales in the near future, let’s find out below.

Just one word describing Xperia XA2 and XA2 Ultra is ‘solid’, which will definitely lead the users these phones. Both the phones belonging to the mid-range phone lineup look to be masculine and sturdy. Both phones do possess a pleasant heft, but the XA2 Ultra has got a 6-inch display with larger dimensions. This phone is not only difficult to handle, but it also has got the weight of 221 grams. One thing is certain, you will surely know when it is in your pocket.

On the other hand, XA2 is much more easy and convenient to handle as well as operate. You can do it even with one hand, and that is why it is preferable to use than XA2 Ultra.

Concerning the overall build, Sony does have a proven combination of aluminum and glass. However, the rear side of both the phones is plastic-made, but the plastic of high quality is used, which is nicely felt when touched. The metal is however used only on the top and bottom ends of the frame of the phones.

Sony Xperia XA2 and XA2 Ultra are the first phones manufactured by the company which will be featuring fingerprint scanners, and which will be workable in US too. Up till now, Sony either did not bother to add or disabled the biometric sensors on its devices bound to be sold in USA.

Concerning the speed and accuracy, both the phones meet our full expectations. The devices do unlock at the spur of the moment, and both also hardly fail to identify the fingerprints. Additionally, the fingerprint scanners are placed on a very easy-to-handle spot, i.e. where the index finger will be falling when grabbing the phone.

When it comes to display, both Xperia XA2 with 5.2-inch display and Xperia XA2 Ultra with 6-inch display do have some issues with the color accuracy. Having a very cold temperature, both the produce the white color along with the blue colored tint. This is especially noticeable when it comes to XA2. Though this would not bother many people, but those who have issue with it will be able to correct the color balance manually from the display settings menu.

On the other hand, while the color accuracy is one issue, the screens are good though, as they are detailed and sharp with the resolution of 1920 x 1080 pixels. Moreover, they are bright and are legible very easily in the direct sunlight. This is especially in the case of XA2 Ultra.

Sony Xperia XA2 and XA2 Ultra will come with Android 8.0 Oreo along with Sony’s own UI on top. This UI of Sony will be bringing some additional features as well as quirks too. The phones will be featuring some of the apps from Sony too along with stock apps by Google. These Sony apps will include PlayStation app, news aggregator, Movie Creator and Xperia Lounge.

Moreover, the customization will also remain an integral part of these Sony phones. Apart from just changing the theme, we will also be able to apple any custom icon packs if we want to. And we can even control the display DPI in order to turn the text as well as images smaller or bigger. Other features will include Xperia Assist actions, which will basically let you customize the phone settings based on pre-scenario. Moreover, the single-hand mode will make the XA2 Ultra more convenient in operation.

Both the phones have been powered by Qualcomm Snapdragon 630 SoC. Hence, you will not be observing any lag or stuttering when you are running the phones on this chipset. Moreover, Snapdragon 630 SoC is a completely battery efficiency chip which is perfect for a mid-range phone. Still you must not be expecting it to perform extraordinarily. Still, however, the snappiness will be good. Same thing will be applicable in the gaming department. You will also not be seeing any overheating issues especially in case of this phone.

As far as the multitasking is concerned, you will be able to do it effectively, as Xperia XA2 has got 3GB RAM while XA2 Ultra has got 4GB RAM. Sony is good vis-à-vis memory management, and hence with this RAM size, you will have a handsome number of apps running and there wont be a single lag. Lastly, both the devices will have native storage of 32GB while 24GB space will be available for you to use. For extra storage, you will be able to use microSD card slot.

Both the Sony phones will be providing a wide range of LTE bands. Still, if you buy any of the two in USA, then you will only be able to use them with GSM carriers. Other available connectivity options include Wi-Fi 802.11 a, b, g, n, and ac, GPS, A-GPS, GLONASS, NFC and Bluetooth 5.0.

The basic difference between two devices is the presence of dual front camera in case of Xperia XA2 Ultra, which features front facing flash as well. One of the cameras will be 16MP and the other one will be 8MP. There will be optical image stabilization, which will be helpful in removing the shaking. On the other hand, Xperia XA2 will not have this feature, and it has only got 8MP front camera.

On case of main camera, both the phones will have 23MP camera setup. There will also be a dedicated camera shutting button, which like before might not get enough appreciation than it deserves.

As far as the image quality is concerned, both the phones definitely have an above-average performance. In this regard, sharpness and detail are good, but the bad thing is the dynamic range. You might experience a bit darker shadows sometimes. Additionally, both the phones like the previous Xperia phones might feature the colder-looking photos with some vibrant and too saturated colors when they are in default Superior Auto shooting mode. You might also observe the noise in case of low-light conditions.

Moreover, you will observe the videos to be in a detailed form, but you will not find the dynamic range as good as you might expect. Sound quality could also be a bit improved. The good however is that the auto-focusing speed will be great and snappy.

As mentioned above, both the phones are going to have Bluetooth 5.0, which is sometimes seen as a rare thing especially in case of mid-range smartphones. So, in case of Xperia XA2 and XA2 Ultra, it is a good addition. Apart from the best-possible range, you will also have a high quality wireless audio codecs, which came with the Oreo OS and which deliver best sound.

As far as the built-in loudspeaker is concerned, it will create a relatively louder result, but still the stereo speakers are not that good in case of both these phones. Fortunately, we have a headphone jack installed in it, which is still a likeable thing for old-school mobile users.

Concerning the media consumption, you will not see any HDR video playback support in it. Still, you will be enjoying the videos in 6-inch display of XA2 Ultra.

As far as the charging speed is concerned, you will not be getting the fast-charging support. So, you might put the phones on charging for the whole night, as their charging speed is too low. Our testing showed that XA2 was 100% charged in 2 hours and 38 minutes, while XA2 Ultra got fully charged in 3 hours and 6 minutes. If that is slow for you, then you might be interested to buy the fast charger accessory sold separately by Sony.

So, what could you expect our final verdict? Well, let’s first take a look at the final price of Sony Xperia XA2 and XA2 Ultra. The price of former will be $349.99, while the latter will be sold for $449.99. The prices for both the phones are quite reasonable especially when compared to the other mid-range competitor phones, such as LG G6, Moto X4 and Moto Z2 Play.

So, we can say that Sony Xperia XA2 and XA2 Ultra are quite reasonably priced as compared to the previously released Sony Xperia phones.

Overall, with the solid battery life and their snappy performance, both Xperia XA2 and XA2 Ultra are going to definitely add a good value for your money, and even when there are a few issues in both the devices, still they will satisfy your appetite for gaming, video watching, multitasking and other actions in a smartphone.

Do I personally prefer to use any of these? Well, definitely I will. Since I like the phones with about 5 to 5.5-inch display sizes, hence I will definitely go for Xperia XA2, as XA2 Ultra might be too big for me, but your choice will lead you to either smaller one or the bigger one. Last but not the least, if you are more of a selfie lover, then XA2 Ultra must be your primary choice vis-à-vis these two mid-range Sony smartphones.