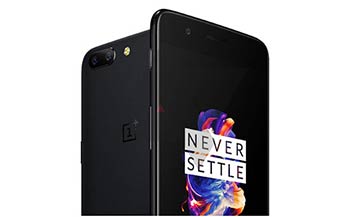 OnePlus family announced another flagship smartphone after OnePlus 3 and 3T, yes skipping the OnePlus 4, Chinese consider the number unlucky. They are making handsome money because of the quality smartphones the company is producing, offering the same features in much less amount than the Samsung and Apple sets typically have. CNET, a credited site termed the predecessor OnePlus 3 ‘best budget Android phone’.

On Tuesday, CEO Pete Lau announced the OnePlus 5 launch on 20th of June, which isn’t far. After so many steamy rumors and teasers, the official launch is just around the corner. Previously 15th June was considered pretty strong date for the revelation but these rumors were shunned by the company’s CEO. OnePlus 5 will be revealed by the company through keynote, expected to start at 9am PDT, also will be available on OnePlus site. Pop up events will kick off in varying countries like New York, London and others for phone promotion.

In the beginning of the journey, OnePlus was a small Chinese phone making company but later it earned trust of the users worldwide through its premium phones at reasonable prices.

Weird for us to think if the company is so hesitant to launch the number 4 phone. We simply don’t buy it, I mean the logic. By now, they are settled in the marketplace and people are well aware of the quality mobile phones they are producing then what’s with the fear factor? Risk of losing or loose the race is always there, so even if changing the handset number can bring any luck, then why not. Well, we are answering for their myth. Here’s our early verdict.

Early verdict – OnePlus 5 has Snapdragon 835 SoC same like Galaxy S8 and HTC U11 smartphones. The phone charge far less the Samsung and HTC given the provided fact, typical retail is said to be around 600+ pounds. On the down side, customer service of OnePlus suffered a backlash, it seems like it would be improved.

Pete Lau claimed that the new OnePlus phone is the thinnest of all of the previous devices the company produced. Weibo, the Chinese site gave a brief update. We are not clear if he means the phone would be thinnest of all OnePlus phones or thinnest of all flagship devices in the market, yet another excitement yet to be seen, building anticipation as habitually whenever OnePlus has to leak a news. The company is tweeting clues in routine to fuel the launch.

Classic 5.5 inches of screen display, which is nothing less than any other android phone being launched these days. Pixel resolution of 2560 x 1440 QHD. Unicorn color options is also the rumor and we might get black more in standard rather in limited edition.

Android Police published forthcoming new mobile device OnePlus 5 image, which indicates or resembles to iPhone. Despite of the fact, the image showing only the upper portion of the phone but

The above features show the typical resemblance. Display is in contrast to what Android phones new versions bringing in the limelight, maybe the next one will be sized up.

Take a look for what we are referring to.

After partnering with DxO, OnePlus camera changes would surprise us all, we all know camera was the weak spot in the past. A photography software is a welcome edition where we see a promise between the two parties for delivering the utmost user experience.

Critics and reviewers found the last OnePlus 3 and 3T cameras just fine not the standard, this one section is where OnePlus need work. To overcome this drawback, this time DxO is a positive change to witness.

No, no central vertical setup of camera, rather horizontal camera locked on the top left of the phone’s back side. With the change in placement, and improved camera functioning, we can see if the phone still lags behind Google Pixel or not.

OnePlus official blog says, “We’re happy to announce that we have teamed up with DxO to enhance your photography experience with our upcoming flagship, the OnePlus 5.”

“DxO is perhaps most well-known for creating the defining photography benchmark, the DxOMark.”

“They’ve got years of imaging experience and expertise, both for professional cameras and for smartphones.

“Working alongside DxO, we’re confident the OnePlus 5 will be capable of capturing some of the clearest photos around.”

One of the dual cameras is monochrome, a total rumor. This means, the camera is exclusively dedicated to produce black and white pictures with much of detailing. Not sure, if that’s true.

Huawei P9 and P10 has the same feature, so users might not see anything new or exciting in this phone feature. One camera if can click contrasting and bright pictures without color, you would get enhanced pictures, the gist of an idea. Nothing can shape the idea until it’s real. Release date is near so what new specs and what new user demands are going to be fulfilled, wait and see. Dual cameras employing DxO technology, confirmed by the sources so far, also if we look into Pete Lau and relevant reporting sources.

Snapdragon 835 processor, as we mentioned before, like Galaxy S8 and HTC U11, is a deal breaker. How come we need to buy such an expensive devices when OnePlus 5 is one of the smartest choice to go for. Qualcomm fastest chipset will let the user to do multitasking or play games without letting their batteries to heat up or drop dead soon after you get into the game.

Battery of 3600mAh, non-removable. Fast battery charging because of Dash Charge. USB Type C port with internal storage of 64GB and 8GB RAM, a ton to have much more in the phone.

(OnePlus Prototype video link is given in this source: http://www.express.co.uk/life-style/science-technology/814044/OnePlus-5-UK-Release-Date )

Having said all, thinnest and fastest OnePlus 5 is a better choice to Samsung Galaxy S8. OnePlus navigates with faster speeds, has long lasting battery life. It has amazing power saving modes and the battery lasts more than a day. Fast wireless charging makes the handset to be wanted more. Although, fast charging is claimed by Samsung and many other rivals in the latest Android mobile phones.

We can safely say, battery life of OnePlus 5 is far improved and better than the iconic brand Samsung. Though its batteries aren’t brusting anymore but Samsung Galaxy S7 Edge is a wise choice in comparison to the latest Samsung Galaxy S8. Not overdosing, but see for yourself, difference lies there.

OnePlus delivering excellent value in terms of design and software support and with the predecessor OnePlus 3, we had seen the rearrangement of a software team to deal with Oxygen OS Android version development. Swifter software updates for the new OnePlus 5 is what most of us hoping and not just what new hardware specifications, the company has to offer.

Unlikely OnePlus 3 and 3T, the new entrant won’t be budget friendly. Those expecting the phone with same retail price tag as the previous one may get disappointed. Main reason behind is the costly components being used inside the smartphone.

A significant price high because of the design and components, highlighted by some media sources. Some saying it roughly of $650 or £500. The previous one was of £399.

For the sake of comparison, Samsung Galaxy S8 market price is £689, iPhone 7 to set at £599. This price bump by OnePlus could backfire and their sales could drop.

Selling economical Android phones was the major attraction for the users, who not so fond of purchasing a brand for its popular name but for the features.

Diehard android users are the OnePlus niche because of high-end mobile phones they are producing, more or less $400 but with an increase with 3T. Competition growing fierce day by day, so OnePlus has to decide to reduce price at the cost of delivering compromised features or to improvise features, and like mentioned earlier, design and components may charge the actual price.

Official statement telling us 20th June is the day of launch.

Our Verdict – OnePlus 5 isn’t just narrating the features but seeking public advice and demand, what they want? For instance, the company asked for the unicorn colors then recently when they partnered with DxO, they shared side-by-side comparison of the pictures taken from the OnePlus 5 and one from the competitor’s device.

Inclined shift in price range could set things round instead of straight. Why would a Samsung or Apple user buy OnePlus 5 when he can safely opt for the much settled market players within the same price range, thought should had occurred to the OnePlus family, we think!