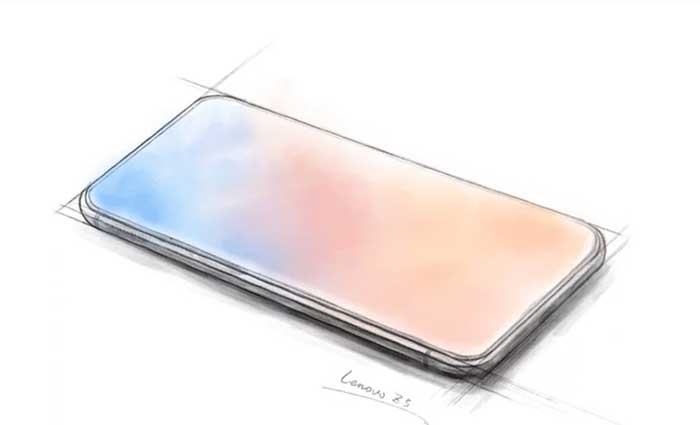 Lenovo has recently teased its user base by releasing a new sketch of its new Z5 smartphone. The sketch apparently displays a phone, with a screen-to-body ratio of more than 95%. If the final product which is released in the market resembles the teaser sketch, then surely this will be a mobile phone with the highest ever screen-to-body ratio.

Another smartphone was teased in the recent past by Lenovo’s VP, Chang Cheng which teased a phone having more than 95% screen-to-body ratio and a truly bezel-less display. However, that teaser image only showed one corner, which was posted on mpc.com.pk earlier, and it showcased an impressive design with no notch on top or any noticeable bezels.

Vivo has already unveiled a prototype, called Apex, which is similar to Lenovo in looks and design.

Mr. Cheng of Lenovo revealed that the company is planning to introduce five new techniques to minimize bezel size and efficiently place the earphone, camera, and fingerprint scanner. Though the company has not disclosed what exactly the technologies are, we can expect the selfie camera to be housed in a tiny retractable module, just like the Vivo Apex, which slides out when the user switches to the front camera.

For the earpiece, the Z5 might borrow the bone-conduction audio feature just like in the original Xiaomi Mi Mix.

The company however has not exactly revealed what the aforementioned “new technologies” are.