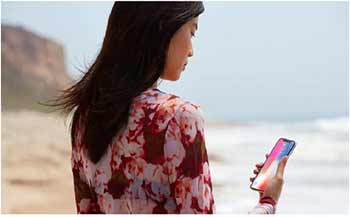 iPhone X Overview: Is it worth buying?

One of the long-awaited smartphones in this year has been the newly launched Apple iPhone X, which is an all-screen mobile phone. The design and shape of this phone was imagined for several times in the last few year by different concept artists. Similarly, when several leaks and rumors confirmed that this concept is going to be realized in the form of iPhone X, the technological world quickly braced itself to anxiously wait for the official announcement.

The much-awaited announcement has now come out and it has even become something of the past. The users of iPhone are now thinking whether they should upgrade to the new iPhone X or they should still stick to the traditional iPhone by buying the other iPhone 8 or 8 Plus. Testing innovation has a cost itself, and here is what we have known so far about iPhone X, which is the latest in the Apple’s smartphone lineup.

When it comes to the design, let us just put our hands down to the creators of iPhone X, as it is the most futuristic-looking iPhone in Apple’s history. The phone features a 5.8-inch display which has thinner and easy-to-handle frame, which definitely looks good and is certainly going to be a phone most comfortable to hold in your hand. Instead of aluminum, there is metal on the side, which is also actually the stainless steel. On the other hand, the highly durable and strong glass covers the back.

So in the design department, it seems that iPhone X is regarded as the most desirable iPhone ever. However, it is not just about the design in the first place, or is it?

This is for the first time that an iPhone will be controlled in a very different way as compared to any other smartphone by Apple, which it is selling around the world currently. As a matter of fact, the iPhone X does not have a home button at all, and hence it will be using the swipe-up gesture for closing the apps. The users having vast experience of iOS will definitely think how they would be able to adjust the brightness since there is no such thing as ‘Control Center’ in it. As a matter of fact, the Control Center has now been taken out of the top-right side of the iPhone screen. The 5.8-inch screen will let you reach all the way at the top for adjusting the phone’s brightness.

Moreover, if you intend to open the recent apps list, you will need to perform the swipe-up gesture. However, you need to hold it for a couple seconds. Additionally, iPhone X will come with a totally new way for switching between recently used applications, for which you just need to swipe right or left on the bottom side of the display.

If we look into the inner side of iPhone X, it is known that it will be powered by the advanced A11 Bionic chip, which is also introduced in the other two new phones, i.e. iPhone 8 and 8 Plus. The telephoto camera has however a subtle difference as compared to the other new phones, as it is assisted by the optical image stabilization module, which also has an aperture of F2.4. This is wider than the aperture that was used in iPhone 7 Plus as well as 8 Plus, which had aperture of F2.8. These two smartphones also lack the OIS module around their secondary cameras.

The bigger difference is the Face ID module that has been added in the front side of iPhone X. It also contains all sorts of sensors that are required for accurate 3D-scanning for working. However, Apple also makes use of the sensors through other features of the software. For instance, there is a Portrait Mode in iPhone X with the background-blurring DSLR simulator, which is used for the selfie camera, which is owing to its advanced background and face detection. Moreover, it has the beautiful Animoji application, through which a user can demonstrate himself through a moving emoji, and that too, when one likes such a thing.

Another noteworthy point is that iPhone X will be the only iPhone so far which will have AMOLED panel, i.e. a display technology the Samsung smartphones are currently famous for. X will also have the deep blacks for some high contrast extremes and it is as color-accurate as one can dearly expect from an iPhone. Moreover, the display screen would also have the high resolution featuring 2436 x 1125 pixels, which will mean about 459 pixels every inch, and which makes iPhone X to possess the sharpest phone screen ever introduced in Apple iPhone series.

So, if you happen to be only a casual fan of Apple iPhone, then we cannot help it but consider that you will also be better off by buying even the new iPhone 8 or 8 Plus. As a matter of fact, if you own an iPhone 7 and iPhone 7 Plus, then you may keep it for another year or two and don’t really need to buy one new iPhone and do not need to bother much about updating your phone to the greatest and latest version. The new iPhone X, as mentioned above, is an all-screen design and it will feature a very advanced selfie camera. Although, the regular models of iPhone will still operate in the same way and will also feel fresh with the Touch ID, home button as well as the Control Center, and they also contain a very powerful hardware at the core, which means that you are not going to miss much by not preferring iPhone X in the first place.

Obviously, however, if you are someone who is among the early adopters of something new, then you just need to buy immediately the biggest as well as beastly iPhone that Apple has currently been offering. iPhone X will offer a unique design that will definitely get your most attention while you are holding it. You will also be able to show off the new iMessage app along with the supportive fancy app called Animoji. Moreover, you will definitely enjoy the deep blacks as well as very high resolution in the newer OLED panel.

So, the question is, would you really spend a $1,000 on an iPhone with, obviously, a plethora of new advantages and features?