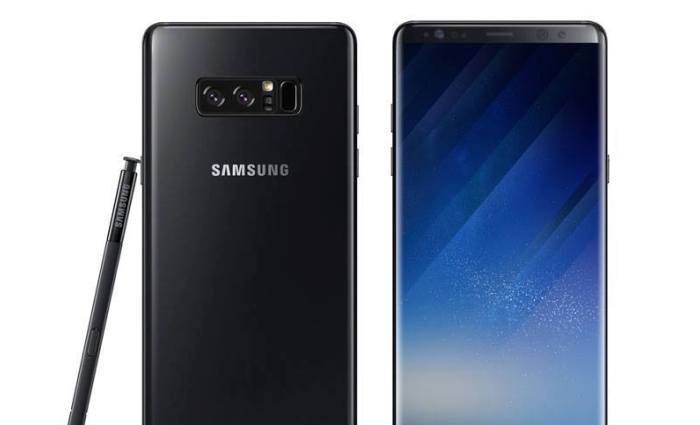 The Galaxy Note 9 To Feature Horizontal Cameras Once Again

The Galaxy S8 and Galaxy Note 8 from last year were highly criticized because of the placement of the fingerprint scanner on them, although this was ultimately corrected with the Galaxy S9 lineup earlier this year by introducing a new vertical setup. However, according to recent Galaxy Note 9 images, it appears the horizontal camera module featured on past models, be making a return along with a re-positioned fingerprint scanner. There is a very important reason behind this design change.

With the Galaxy Note 8, the brand included only a small 3,300 mAh battery pack, with many fans calling the brand out for the size after its announcement. Ultimately, because of this, it appears Samsung is keen to increase the capacity, with recent information claiming that the battery capacity could be anywhere between 3,850 mAh and 4,000 mAh. However, in order to do so, the brand needs to create as much space as possible within the device so that it can accommodate the larger battery, hence the return of the horizontal camera setup. See, with the Galaxy S9+ and its vertical camera setup, Samsung was ultimately able to increase the battery capacity to 3,500 mAh but, considering the minimal size differences between the latter and the upcoming Galaxy Note 9, the huge increase in battery capacity that Samsung is hoping to deliver would be impossible to achieve. Because of this, the company has been forced to make some design sacrifices.

Samsung appears fully aware of the disadvantages that come with the horizontal setup but also appears keen to please its customers, hence the newly-positioned fingerprint scanner that will sit below the camera module. Considering the device’s height, it’s clear that the sensor may still be a bit of a stretch for some consumers but, if these claims are accurate, the higher position may be something users are willing to deal with in exchange for a significantly improved battery life.