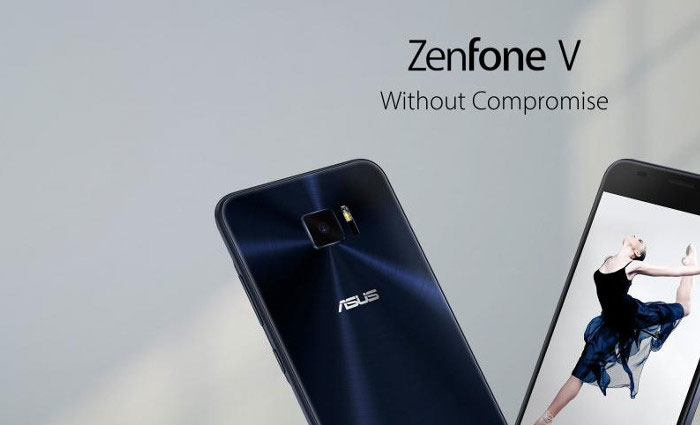 For some time now, Asus has been attempting to roll out the new smartphones in its Zenfone 4 lineup, which it has been doing in various installments. The company has also taken steps to release phones other than belonging to this series, which are bound for particular carriers or countries. Zenfone V is one of the phones, which is bound for US carrier Verizon, and the ‘V’ in this phone’s name also indicates ‘Verizon’ and not the numeral ‘five’. So, this settles the main rationale, i.e. Asus Zenfone V is neither going to be the first phone from Zenfone 5 series nor it is part of the Zenfone 4 series. Rather, we are going to have a phone, which looks sleek, and which is made of glass and aluminum. The phone will be packed with flagship components of year 2016, which will include 4GB RAM, Snapdragon 820 SoC, 1080 pixels AMOLED display and 23MP camera. In USA, the price of this phone was $384 in November 2017. So, this can conveniently be considered as the affordable mid-range smartphone by Asus. So, let’s take a comprehensive look at this particular Verizon-bound smartphone by Asus.

With regard to design, Asus Zenfone V is a bit different from other Asus phones. The black alumnium frame of the phone is covered by Gorilla Glass 5 from all ends. All the sides will be having glowing tapered edges on the front side, which will be meeting with the matte finishing in the rounded form on the back side. The device will be in a beautiful shape due to these angular cuts. However, they will not necessarily seem fit when held in hands as compared to the other phones that feature smooth and rounded sides on the edges. There will also be ‘Zen’ concentric circle design which is often seen familiar in other Asus phones. This will also actually look pretty nice. Moreover, the camera will also stick out and will create a protrusion.

As mentioned above that Asus Zenfone V will be featuring 1080p display. We did enjoy this display though. The display size is going to be 5.2-inches. This size is however smaller in comparison to the other mobiles of modern day. The PPI is 424 and we noticed the on-screen content to be quite detailed and clear. Moreover, the colors will slightly air on the bluish side. However, sufficient tools will be found for tweaking, which will be found in the Settings menu for improving this. Other than that, the rich and deeper colors featured in this AMOLED display will be pleasing in appearance.

As before, the ZenUI is going to provide a great experience along with greater room for customization. 4GB of RAM in this phone will be further complemented by Snapdragon 820, which is not disappointing. When you check the OS, you will find it to be responsive and light, even when the deeper customization and tweaks are provided by Asus itself. And trust us, you will explore plenty of tweaks in it. Asus has however neutralized it by doing away with the theme store along with other Asus features and apps. Still, you will be able to change the icon sizes, grid layouts, label colors, and scrolling effects etc.

In Asus Zenfone V, we are thankful to have USB-C charging. However, this bundled charging cable would be only USB-C to USB-C. There will not be included the USB-C to USB-A adapter. This will be a good thing for those who own latest computers, which feature USB-C ports, but the ones with old laptops or computers will have to purchase an adapter for data transfer. Bluetooth 4.2 is also going to be there along with NFC support. Moreover, since this phone is bound for Verizon, hence you will expect this device to just run on the Big Red’s network.

Asus is great in installing camera featuring higher megapixels in its smartphones. Yet, the software is not up to the mark to offer the better results. For the case of Asus Zenfone V, there is going to be 23MP camera capable to produce excellent details. Unfortunately, the color production turned out to be quite inconsistent. Where many a time you will be able to capture the appropriate colors in case of this phone, still you will find the tendency of adding the yellowish tinge. We also experienced a few scenes, which got pushed over to the bluer side of the spectrum. This was not found frequently though. Similarly, when you turn HDR on rather than using auto-HDR mode, you will often be able to fix the issues. This will serve as an alternative, which will not add delays when taking different shots.

The ability of Zenfone V in gaining the color and other details in case of low-light conditions also during keeping the noise to minimum level should not be underestimated. As a matter of fact, another worth-appreciating thing is the higher aptness along with the taming hotspots even in case of HDR being enabled.

The Depth of Field mode will now return in Asus Zenfone V. The photos taken therefore will unfortunately be a bit disappointing. The camera will act better in focusing the objects but not the people, and hence this mode will mainly remain useless, and that is in turn due to the fact that even the best blur applications are wildly inconsistent and spotty. The necessary thing in this regard is to the tap the object for focusing, and it was found that one has to take more than a couple taps for appropriately finding the focus. This thing was noticed in all sorts of shooting modes.

Asus Zenfone V will be able to record the 4K videos, but disappointingly, it will not be proficient enough to capture detailed videos that are found in case of still images. Even in the well-refined situations, we did notice artifacts and noise. Color exposure was decent, and the autofocus was normally found to be accurate and quick. Moreover, in case of the smooth video capture of Asus Zenfone V, the image stabilization will also be playing a bigger role.

We noticed that the call quality will be fine and clear on both ends, and the speakerphone will also be quite loud. We noticed the call reception to be quite effective and strong, and it was able to connect the phone calls in spots where we usually have trouble connecting.

It is a fact that you would not be able to enjoy the speed and customization of ZenUI without a powerful battery. Asus Zenfone V has got 3,000mAh battery, which will still take you through to the better usage of high-end components such as Snapdragon 820 and Super AMOLED display. Unfortunately, Asus Zenfone V will be struggling big time to go on for more than a day, even when the usage was moderate. When we performed our custom screen-on test on Zenfone V, it barely lasted for about 5 hours, which is a disappointment.

Asus Zenfone V is a smartphone, which will compete only with the other Verizon-bound phones. You will be able to purchase Apple iPhone 6S for about $70 higher price than Zenfone V, while Motorola Moto Z2 Play will cost just $20 more. Both of these alternatives will provide a better experience vis-à-vis battery life, and they will also have better camera features.

Overall, we may not have found enough differences in case of these three phones, still if you are a customer of Verizon, then you will have got a lot of value in $350, as Asus Zenfone V will be a premium device, which will have advanced features inside. Still, care to ask for MPC rating for Asus Zenfone V? It’s 7/10.